Yesterday, a woman distributed fake measles documents at a school in Newton, Delaware, displaying the familiar black-and-white letters “Vax Valley.” The word “Vax” stands for “vaccine” in English. In other languages, it’s “vitamin” or… 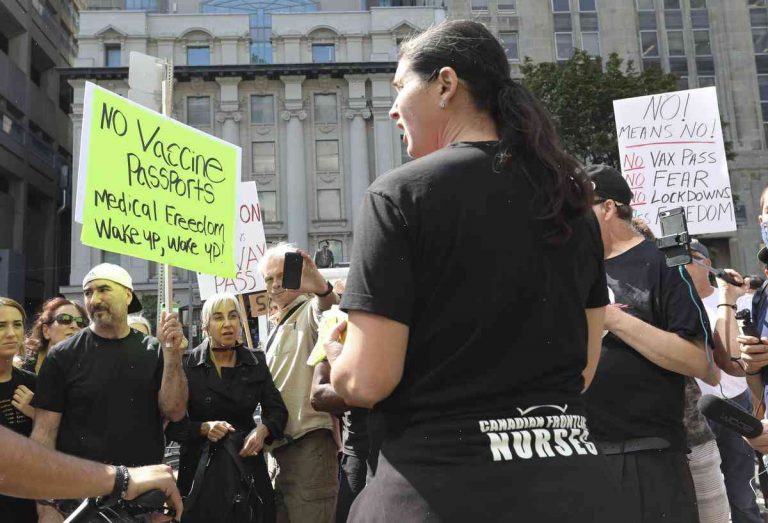 Yesterday, a woman distributed fake measles documents at a school in Newton, Delaware, displaying the familiar black-and-white letters “Vax Valley.” The word “Vax” stands for “vaccine” in English. In other languages, it’s “vitamin” or “protect.” Someone promptly wrote “Vax” and “Measles” on the documents in all caps and printed out a postal-style envelope.

The accusations were bogus, of course. The person who made the fake docs is a self-described anti-vaxxer who started a Facebook page to smear measles vaccinations and circulate false claims that teenagers are at high risk for getting the disease. She’s been accused of “white power” sympathies, and of posting pro-Russian messages, which she says are just jokes.

But when she did this yesterday, she ended up encouraging parents to not get their kids vaccinated.

“I wonder what would happen if we found out that # vaccination had caused illness to some of our children,” wrote this person. “That would be BAD.”

It’s probably safe to say the woman, named Abigail Nyier, won’t be getting shot for having posted that. The meme of posting “bad” is a familiar online meme—an example was posted here on the website The Daily Banter, where people post violent, graphic, and/or racist threats and threats to themselves. It’s stupid, it’s damaging, and it’s a bad idea. The Vax logo is a little more off-putting, but don’t be fooled: Swarms of keyboard warriors masquerading as health-care workers are out there who feed off of the fear, confusion, and indignation of parents and families.

Make no mistake: Anti-vaxxers are spread across the country and willing to come up with new ideas to spread misinformation. Often, they do it through social media. And, often, parents and grandparents who have read it online help them spread. The harm the campaign causes is that it confuses parents and implies that vaccination—the most common effective way to prevent child-infection diseases—is dangerous. That confuses families, and most of them have enough trust in their local doctors and community that they ignore the Facebook status that insists vaccines are dangerous.

Yesterday’s letter targets a vulnerable population: 1,100 people at Geo-Hope, a preschool. They did not engage in vigilante violence or endanger the kids. They debunked the notion and told a concerned parent that the documents were fake. Nothing they did would justify spreading fear. But the impact was still out there.