Tokyo – A Japanese preservation institute has re-written it’s tradition by creating an edible plastic bag for special deer delicacies. The deer skin has been fat-processed to create something like a buttery buttermilk cream,… 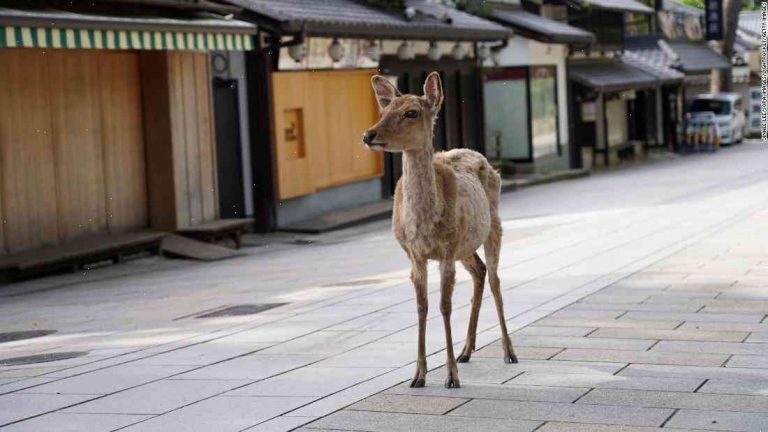 The deer skin has been fat-processed to create something like a buttery buttermilk cream, reports the BBC.

It has been used for centuries for fun and food in the village of Nara – and is even used to store firewood for cooking.

But now, descendants of the first tribe to use the bag say it has caused deforestation and erosion of the endangered Chuangje Valley in central Japan.

“It should not have happened,” said Kiyoshi Mizushima, chairman of the Sociable Preservation Museum, where the foil was made.

At some point, the fur piled up for decades and revealed an alarming rate of erosion and deforestation.

“Many years ago, we removed all the fur of more than 20 deer,” he told the BBC.

“But the skirt was an unusual arrangement, so we decided to write it on the skin and bake it.

“Once we created the version that looks like a skirt, but it is totally edible, we continued.”

The Guardian view on China-US trade tensions: another ego-fest | Editorial

British Prime Minister Theresa May hits out at the burqa