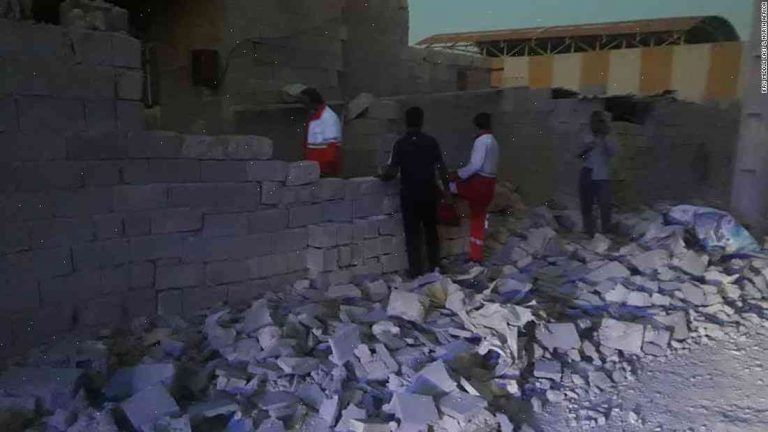 Written by by Naomi Dobrow, CNN

An earthquake measuring 6.8 on the Richter scale struck Iran’s Kermanshah province late Tuesday night, state media reported. The Iranian Center for Seismology said the quake struck at 7:51 p.m. local time (4:51 p.m. ET). There are no reports of damage or casualties so far.

About 17,300 people have evacuated from the area, Iran’s official IRNA news agency reported. “Many of the residents of villages inhabited by hardworking people suffered injuries in the earthquake,” a Kermanshah government official said, according to IRNA.

Social media users posted photos and videos of broken items on the floor in the Iranian capital, Tehran.

Footage posted on social media showed people gathering outside to flee the tremors. Images showed the high school in Jermanan, a town of about 4,500 people about 40 kilometers (25 miles) from the epicenter, badly damaged.

The Italian aid group Emergency tweeted that its bus was damaged in the quake. It said it is providing shelter to 44 people.

The US Geological Survey has reported more than 5,000 tremors near the Kermanshah region in the past few days. According to the USGS, the most recent quake was registered on November 18.

Dear Pharmacy Guy: My husband is getting Social Security, but is he being vaccinated?