Watch: John Lennon plays in the ‘Impossible Dream’ studio in 1969

In a short but dramatic concert, Beatles’ John Lennon played in the studio in Hamburg, Germany, with Rolling Stones’ Bill Wyman, who was in the crowd. He performs one of his most famous songs,… 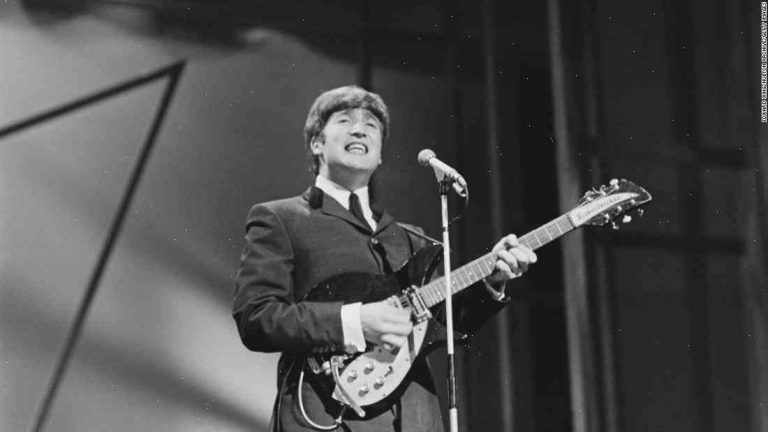 In a short but dramatic concert, Beatles’ John Lennon played in the studio in Hamburg, Germany, with Rolling Stones’ Bill Wyman, who was in the crowd. He performs one of his most famous songs, “Imagine.” Lennon was 22 at the time and the performance marked the final stop of his tour of Europe. Watch the performance below and see pictures from the event.

John Lennon in a German studio playing one of his most famous songs ‘Imagine’. Friday, September 8th marks the 41st anniversary of Lennon’s death. Photographs released to the media by his estate reveal one of his last performances before he was shot in New York on 8 December, 1980. Photograph by: David S Duncan/AP A note left on the head of a gravestone, marking the grave of John Lennon in the crypt of St. Martin in the Fields Church, near the Houses of Parliament, in London. US authorities have come under criticism for the handling of the remains. Picture by: Billy Vance Sir Paul McCartney pays tribute to John Lennon, an ex-Beatle and Beatles band member, during a memorial service to mark the 41st anniversary of his death. PRESS ASSOCIATION Photo. Picture date: Wednesday September 8, 2010. This image was made available by WIPO. It was acquired by the Library of Congress as part of the collection of his work, and a two-metre-wide cut-out of his face has been affixed to the wall in front of the altar. AFP PHOTO / WIPO Eduardo MONTEFORTE Eduardo MONTEFORTE/AFP/Getty Images Beatles’ John Lennon performing on stage in Munich, Germany on the last leg of a world tour. PRESS ASSOCIATION Photo. Picture date: Sunday Aug 27, 2000. This file photo shows Lennon as he sings his song at a free concert in Berlin’s Olympic stadium. Lennon was shot and killed on December 8, 1980, in New York City. AFP PHOTO / JOHN MACDOUGALL JOHN MACDOUGALL/AFP/Getty Images US socialite Jacqueline Onassis (C) poses with the Beatles John Lennon (L), Paul McCartney and George Harrison on October 3, 1963 in Paris. REUTERS/Daniel Boud

So is Donald Trump a ‘faker’?