Bank of Canada governor Stephen Poloz does not expect that strains in the Canadian economy are still enough to push up inflation. “If this volume of exports was a bit broader and less correlated… 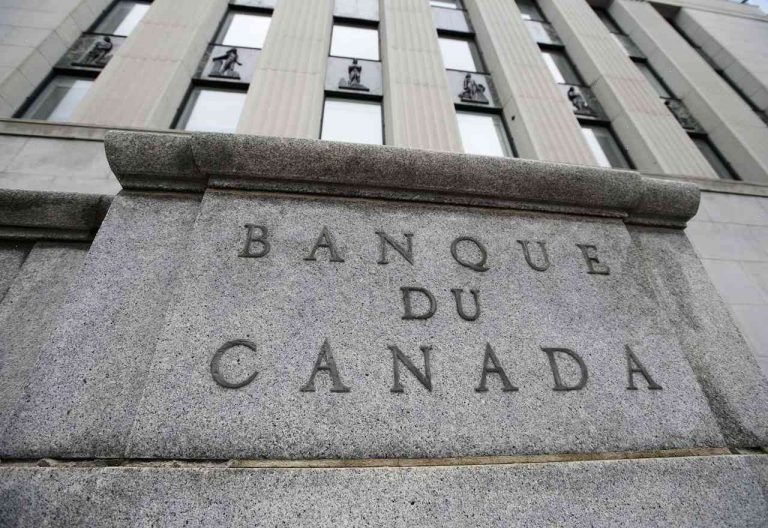 Bank of Canada governor Stephen Poloz does not expect that strains in the Canadian economy are still enough to push up inflation.

“If this volume of exports was a bit broader and less correlated with oil, or about two-thirds of its small size, than we would expect a weaker dollar to also mean a much faster pace of domestic demand,” he said in testimony to the Senate’s finance committee in Ottawa on Wednesday.

“So it’s no good trying to reach some kind of secular equilibrium in the economy. So this is a pause. The Canadian economy has been operating well, the economy’s been gaining momentum, but there are some challenges. So that’s why we’re simply on a pause.”

The currency’s strength is most evident in the export sector, but that affects GDP “too”, the governor pointed out. “We’re seeing an increased demand in natural resources. On the supply side it’s in manufacturing and other lines.”

Asked if higher inflation was likely in the next 12 months, Poloz said the Bank of Canada was monitoring the economic effects of various supply disruptions. He said that the lack of energy exports “has made for a more complicated dynamic.” The central bank is “sensitive” to the effect that pipelines and railways could have on supply chains, and that they would “start to work through supply side effects” in the coming months. He declined to be more specific.

The governor told senators that the bank is still considering whether it will need to hike rates four more times this year. He stressed that the timing will depend on the details of US trade policy and any negative effect it has on Canada’s economic outlook. Poloz noted that if the tariff issue were not to escalate, then we could well see “the natural end of a rate cycle [in 2019]”.

When asked what benefits the Bank of Canada sees from raising interest rates, he pointed to inflation and competitiveness, but also noted that the monetary authority considers economy-wide factors.

“When we’re raising interest rates I try to put as much attention as I can on global economic conditions and international economic environment,” he said. “So I want to be sure, to put it in the right context, that, yes, we’re focused on our own economy and we’re focused on what’s going on here in Canada and our domestic inflation outlook, but I want to be looking at a suite of factors and thinking about those.”